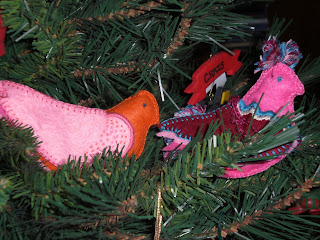 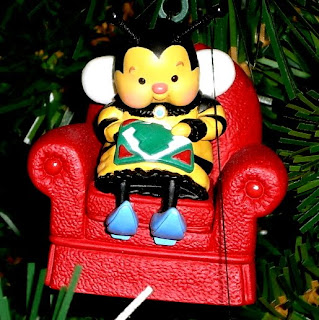 Although I haven't blogged this month, I have been busy with the holidays, lost my camera for two weeks (found hiding under a quilt project), and the days are too short for me. So the camera is found, the holidays are almost over and we are past the winter solstice. I have posted a couple of ornaments I have made in the past and my favorite ornament...a bee sitting a comfy chair and quilting!!! What have I been doing quilting-wise. Actually quite a bit. 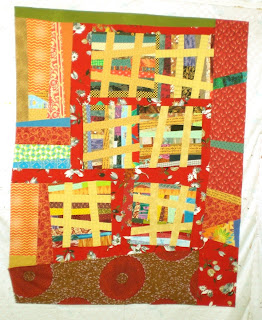 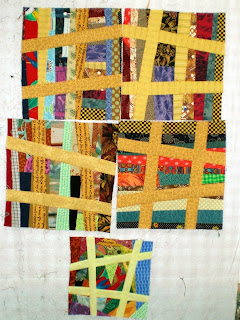 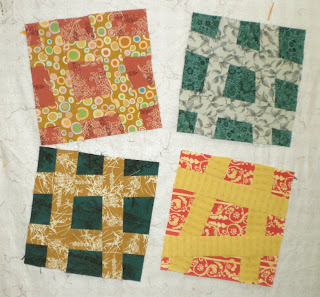 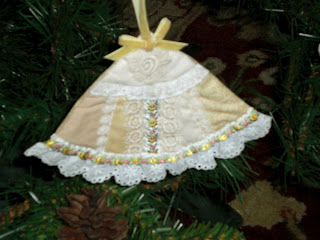 This is what took up my wall space thru this month...my Double Cross quilt. It took many 15 minutes of play to get it done.
I thought I would show a little bit of the process I used to make it. First the double cross blocks were made with one just two fabrics. Then I used fabric I had made, but it just wasn't right (bottom block with pale yellow crosses). Then I made strips and made squares of them and added the double crosses. I put them up on the wall and played around until I was happy with the sortof sashing. The borders were trickier; my first attempt got way too busy and then I calmed it down. I love it. 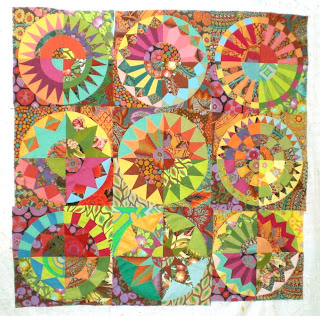 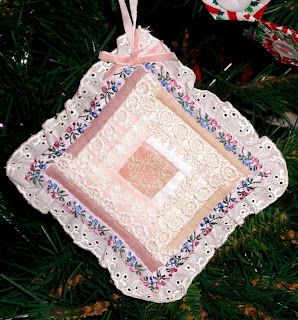 Have been working of putting my quilt along blocks together. I had an interesting set I wanted to use in my head, but when I tried it, it didn't work. The only set that worked was putting like quarters together. The final set will vary from this, but not by much. The other discovery is that if you use a group of K Fassett fabrics, the quilt will look like he made it. Ah well, now I know. 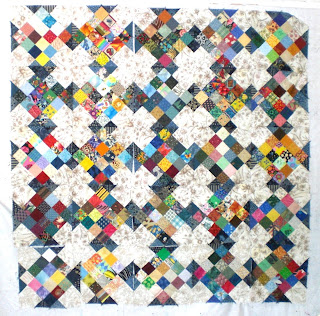 I did get the last scrap blocks done with the alternate background fabric. It is close enough that when I went to put it on the wall I was afraid I have put the last blocks somewhere other than with the first groups. That would have meant I would have to search for them. Hallelujah!! They were all together. I am not even sure it shows well in the picture.
The block is called Yreka and was designed by Nancy Cabot, my favorite Depression era designer. The quilters in block exchange I am in made the block of squares and I added the corners. 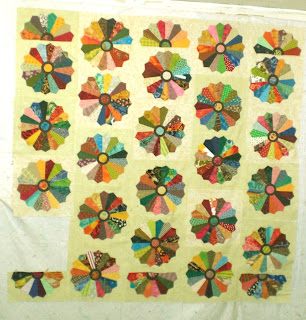 I also thought I had all the dresden plate blocks done. Eek!! I am missing one block. Oh well, I can make one more.

Would it have been easier to do this over the entire month. You betcha!!! But it didn't happen and I will try to be better, besides it will be easier on my fingers.

Time to wish you a Happy New Year! Bonnie
Posted by Bonnie at 8:27 AM

Bonnie
I think I am a transitional quilter...I love the old and the new. I like to combine the two. Playing with fabric, design and technique make for really fun day.